After spending a few days in Taghazout surfing Anchor Point, it was time to pack up my gear and continue my Morocco bicycle tour.

Before leaving the United States for Morocco, I had entered a marathon in Marrakech, which was scheduled to start in under a week, but to get to Marrakech from Taghazout, I would have to traverse the Atlas Mountains. In total, it’s about a 190-mile ride. And looking at the topo map on maps.me, it appears the first half is nothing but climbing.

The idea of cycling over Morocco‘s iconic mountain range, then running a marathon was daunting. I decided to leave my trailer and surfboard behind to save weight. The plan was to return in a few weeks via rental car to pick them back up. In hindsight, it was the right decision. 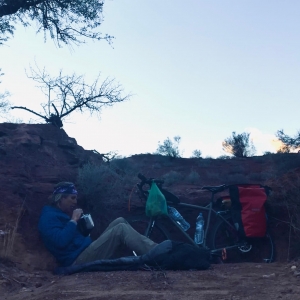 I left Taghazout early in the morning and started what would be a full day of climbing. It was a slow-going grueling climb – up, up, up. By far, the hardest climb of my life. Even the most difficult day on my Iceland Bicycle Tour couldn’t compare. It was relentless.

As the sun was setting on that first day, I was still 10 miles from the summit. I had spent 13 hours in the saddle, only stopping once for lunch. And I was exhausted.

With sleeping along the roadside being my only option, I found a nice hidden area and set up camp.

The sky was clear. There wasn’t a cloud in sight. I made the decision not to set up my tent. Tomorrow the plan was to cycle the remaining 100-miles to Marrakech. It would be my first Century ride. So saving time by not having to take down a full campsite seemed to make sense—a decision I would soon regret.

Camping in the Atlas Mountains

I settled into my sleeping bag and fell into a profound sleep. Around 5 am, I woke up to the patter of rain. The temperature had dropped to the low 30’s. The moon and all the stars were now hidden behind the clouds. It was pitch dark, freezing, and I was getting wet.

I quickly jumped up and put on every piece of clothing I had, along with my rain gear, and slid back into my sleeping bag. I was in survival mode.

I sat there in the darkness for a few hours sipping coffee, waiting for the sun to rise. When it did, I could see that overnight all of the peaks were covered with a fresh blanket of snow. I was freezing, and I had no choice but to get moving and get off that mountain.

When I reached the ridgeline, the wind was howling. In total, it took me over 14-hours of cycling to get here 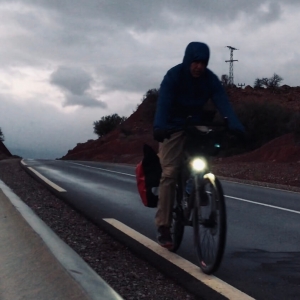 from the coast. I was in bad shape and completely underestimated how difficult the climb would be. Despite my condition, I had to push forward. I still had 90-miles to go, but luckily, it would be mostly downhill.

As I coasted down the mountain, the temperature steadily increased. After many hours, my body was finally warming up. The sky cleared; moreover, once again, I was enjoying my bicycle tour immensely.

The day’s route had taken me through many small towns and rolling plains. The snow-capped Atlas Mountains were always in sight along the horizon.

It was well past sunset when I reached Marrakech. I had just cycled my first Century. I was starving.

After gorging myself on pasta, I checked into a roadside hotel and immediately fell fast asleep.

The next morning I awoke and cycled the remaining few miles to the center of Marrakech. When I arrived and saw the walled old city for the first time, my mind was blown.

Marrakech was so chaotic and strange. The buildings, the food, the people weren’t like anything I had ever seen before. Within minutes, I knew it would be one of the favorite places I would ever visit.

I checked into a Riad in the heart of the action and began to explore Marrakech. 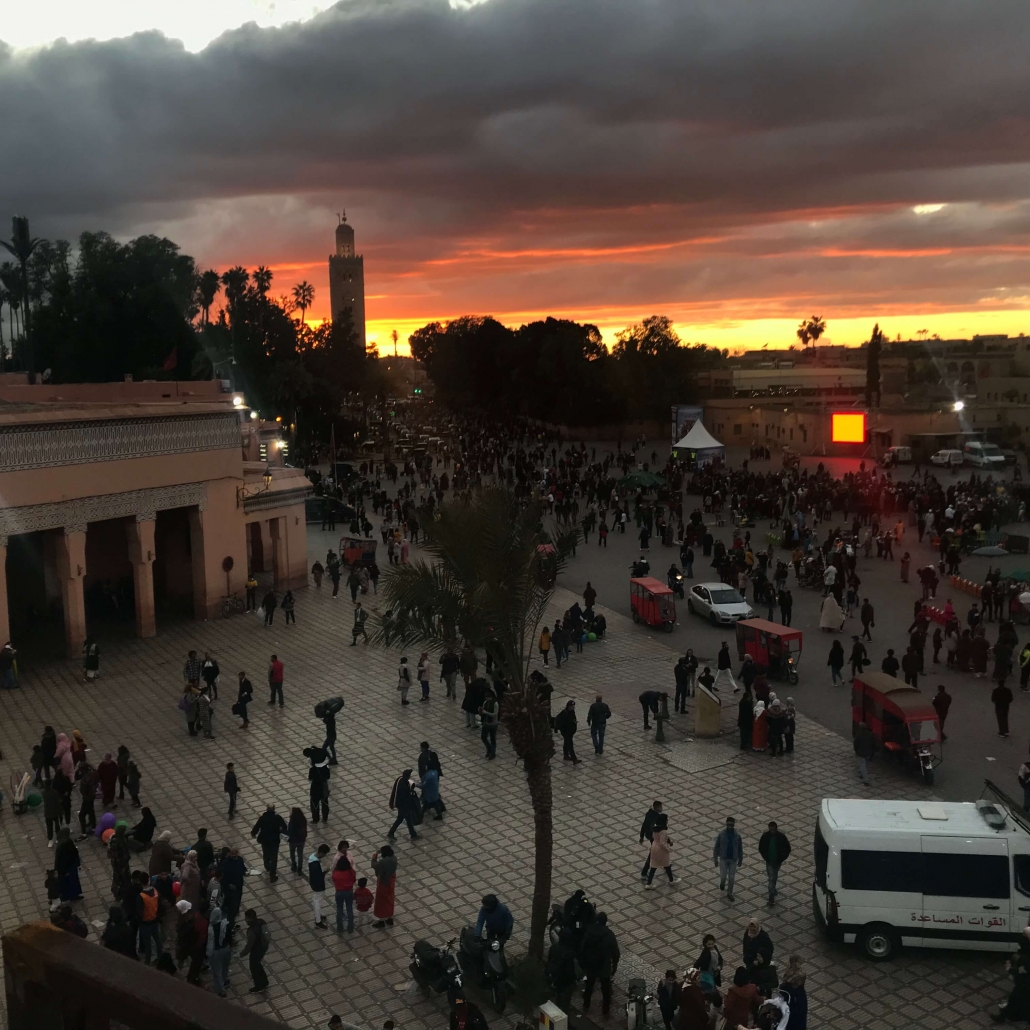 Not only is this experience called life beyond words, now that I’m turning 50, I’m convinced it’s about to get even better.

Don’t believe me? Pull up a seat, and I’ll explain why.

Cycling Iceland’s Ring Road for me was extremely tough physically and mentally. Every day was an absolute soul-sucking struggle until the end. It took everything I had to finish in 14 days. Here are the things I wish I knew before starting my trip.

Finally, the pool is cold enough to start back wit

Preparations for my next bicycle tour are underway

I know exactly what I want to do with my life. Alw